We fight for our creative birthright.

Velvet Rasputin is a multidisciplinary arts collective guided by an ethos of exploration and faith, which includes its audience in the creative process. Velvet Rasputin is a Puerto Rican and nonbinary-owned enterprise that embraces curiosity, useful debate, and diversity of all types, without succumbing to the whims of performative allyship or, people who cloak their prejudices with legalism. Velvet Rasputin is based in rural Minnesota. 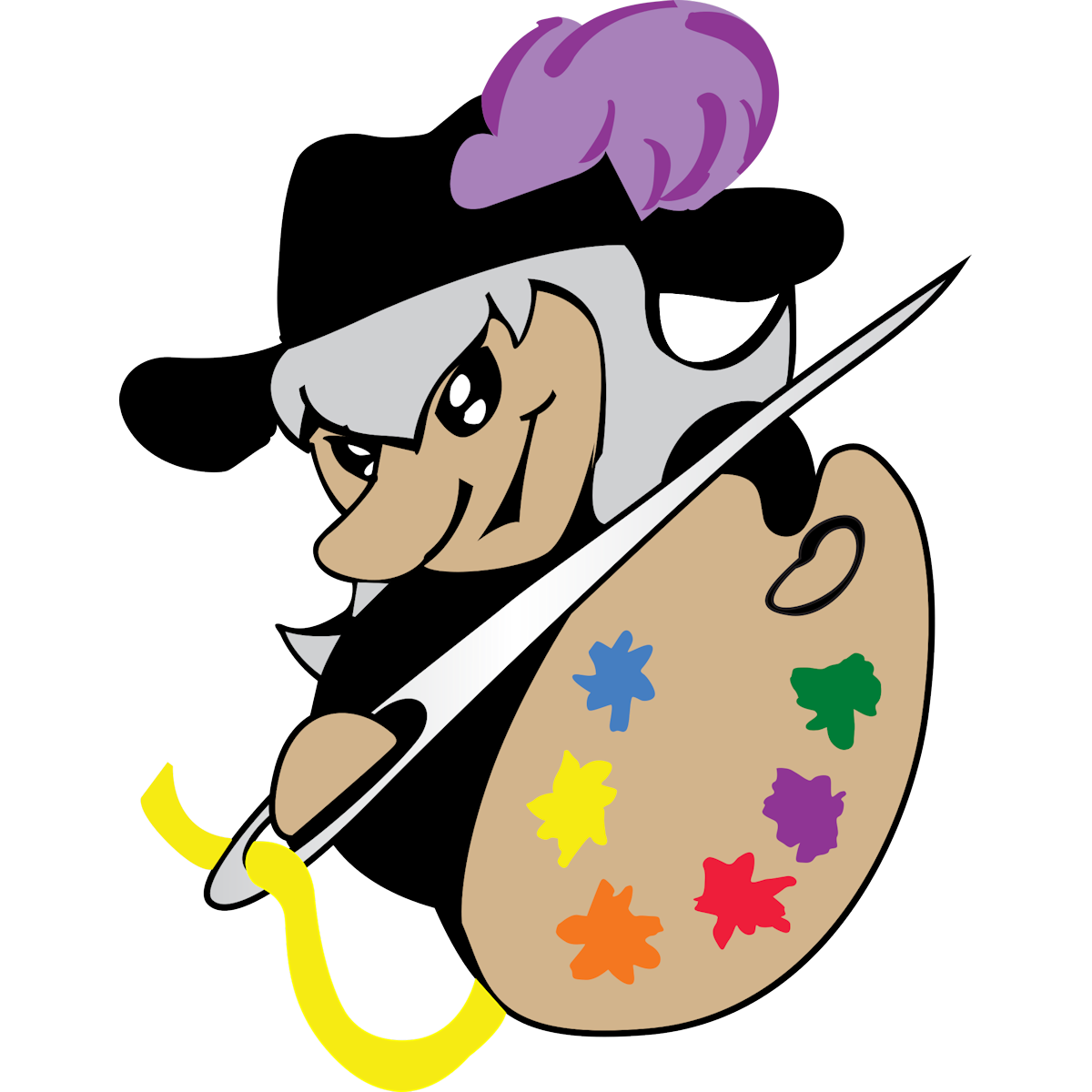 Protest Trolls: A zany comic 'zine about the stupidity of politics and oblivious rich people. - - Recommended for Ages 14+

Poe Takes A Trip: A naughty ninja kitty finds a bunch of wild mushrooms. Will he find enlightenment, or will Poe's Master disapprove of his magical trip? - Recommended for Ages 14+

Rasputin Catamite
A coming of age story made in a Soviet hell full of teenage horror, heartache, hockey and corruption. Visit the Rasputin Catamite website for more information.
Queercore, Slice of Life, Horror - - Recommended for Ages 16+

I Have Problems...
Simple drawings hide an ultra-dark graphic novella series about the problematic life of a fallen dissident priest in Soviet Russia and the social structures that screw over everyone everywhere. Visit the I Have Problems... website for more information.
Genres: Queercore, Gay, BL, LGBT Pulp Fiction, Crime, Tragedy, Jeremiad, Kyriarchy Studies, Dystopian Historical Fiction - Recommended for Ages 17+

Ever wanted to own an impressive battle axe, or a well-crafted knife that conforms to your hand? Award-winning bladesmith, Luke "Loki" Wojtanowicz, uses found materials and retired farm tools to create elegant and functional cutting implements that are made to impress. Contact Velvet Rasputin for more information, or visit Loki's website.

Creative Director
Reverend Vas Littlecrow Wojtanowicz is a Puerto Rican-born multidisciplinary artist and ordained minister based out of Rice, MN. This dynamic creator's primary focus is comic art, but inspiration may also be drawn from outsider art, nature, and abstract expressionism. Vas's experiments tend to be weird, extremely colorful, and often deal with disturbing themes like trauma, social breakdown, identity issues, disillusion with organized religion, mental illness, and alienation, when they aren't about faith, flowers or textile surfaces.

The Team
Loki Kaspari works as a farmer and a bladesmith when he isn’t creating comics. Loki’s published comics include Killer Dyke and Poe Takes a Trip. He is a frequent collaborator for Rasputin Barxotka and Rasputin Catamite.

Amanda “Mandarr” House enjoys reading sci-fi and fantasy books. A wearer of mismatching socks, she enjoys dancing around in her underwear to loud and happy music when no one is home. Mandarr’s published works include several installments of the Rasputin Barxotka graphic novel series.

Mike Podgor is the guy behind Monsters of Multimedia, and a prolific comicker who is part of the multidisciplinary creative crew at the Fictosphere. He's the guy behind Velvet Rasputin cute comic summary pages.

Jonathan Wilson, a former Indianapolis native, was inspired by the Nickelodeon cartoon, Doug, to become an independent comics creator and the owner of

Gnomie Johnson (a.k.a. Narphy La Mancha) graduated with a Bachelors Degree in Media arts and animation. She can make illustrations that span from the dark and disturbing to the cute and squishy. Her weapons of choice are digital art, acrylic paint, and colored pencil.

Ram Lama has been working as a freelance illustrator since 2003. He has written and illustrated a variety of graphic novels, ranging from cute romantic comedies to political satires and dark dramas. His true passion is for adult comics where the readers vote on the direction of the story.

K.M. Claude is an indie cartoonist whose work is best described as erotic Southern Gothic — a mix of the sensually gorgeous and the horrifically grotesque — that draws heavy inspiration from Catholicism, Western animation from the early ’90s, and Japanese horror, comics, and musicals. Visit kmclaude.com to indulge in Claude’s decadent world.
Studio A.d.H.D is an unconventional nerd chick. In addition to producing webcomics and stunning visual art, SA indulges in anime and video game randomness, as well as cosplay.
Michael Aston is the co-creator of Lacey Investigations.
Shaun Nicholls – Co-creator of Lacey Investigations.
Jessie W. Craig‘s childhood dream was to create a comic. That dream came to fruition in 2011, when he started Charisma Kills Studios.
“slaveboy” thom Wolfox sR Rhose is an average automotive parts master and father by day. By night thom is a multidisciplinary artist who specializes in poetry and has served as a professional helper monkey for rock stars, burlesque queens, exotic dancers, models, artists and even show horses. thom and Vas frequently collaborate to create the music and poetry of Upir’s Mark in Rasputin Catamite.
Paul Haskell – Flats
Tristan J. Tarwater – An awesome fantasy author.
Zodiak – A frequent contributor in our Facebook Page. Creator of Steampunk Gorgon.
Jennifer Canby – Creator of Jenny Draws Comics.
Caylie Dean
Stef Davis
N. Arnoldi
El Interno del Inferno
Courie Bishop
Flavin
Guest Artists
Thibault Kervarech – The creator of the Rasputin Catamite theme song.
Neurotic Leporidae – A rising freelance artist
Trangluu – A rising freelance artist
Michelle Mau – Creator of Loud Era
Rinkelle – Creator of Xenobiosis
Marius Hjelseth – Creator of October 20th
Jaeden Janicky – Creator of Flunkies
Jon Esparza – Creator of the Crazyverse
Vikki2796 – A rising creator on deviantART
Aero Zero – Creator of Men + Monsters
Fowlie – Creator of Fritz Fargo
Ethan Kocak – Creator of The Black Mudpuppy
Peregrin Lorimer – Creator of For the Love of You
Dank! – Creator of Staple Genius
Melaphyre – Creator of Princess Chroma
Jack Cayless – Creator of Bum Rush Comics and The Miskatonic
Huub – Creator of the Dutch comic Otto en Lotte
Darian821 – A Y!Gallery commission artist
Lupi – Prolific painter, co-host of the Geek Report and editor of Germ Warfare
Meow Yinn – A rising artist who is also a huge fan of Rasputin Barxotka.
Jane – A rising artist with an amazing talent for male pinups.
Jeremy Olson – He’s insanely weird and in love with giantesses, and we love him for it.
PhoenixRenaissance – A rising artist with charming sketch art.
Thomas Overbeck – Creator of Times Like This
Viskamiro – Creator of Hallodri
Jack Marconi – A fan who sent us awesome work, that’s all we know.

We will not share your identifiable personal information with anyone outside of this website, unless we specifically ask, and you grant us permission to do so by using one of our third-party vendors such as Spoonflower, Amazon, etc., to purchase our products, or by contacting us. We may retain personal information provided by visitors indefinitely, unless they specifically contact us to do otherwise. If you participate in social media activities, win a prize from one of our contest/giveaways, we will only publish your first name and last initial, unless you voluntarily provide information such as your public user name and website.

If you send guest art or, if we find it on the web, we may publish your name, art and website, along with any promotional information that you choose to give us.

We track website traffic using cookies including those from third-parties such as Doubleclick, Google Analytics, Quancast, Spoonflower and Amazon.com with monetized links and banners. If this is an issue for you, we suggest that you use an ad-blocker, cookie blocking program or anonymizer for your browser. We use third-party vendors for much of our merchandise and advertising. Please refer to their individual privacy policies if you have any questions about how your information will be used by them.

This website is not intended for unsupervised children. If you are a parent, and you are upset that you found your child on this website, I commend you. This means that you are taking an interest in your family’s well-being on the Internet. Because of this, I want to give you resources to help you cope with your child’s visit to this website.

Our comics are not age-appropriate for most kids. For older teens, I strongly urge parental guidance when making a decision about visiting this site. If your children have been exposed to the content here, discuss how your family values relate to the themes shown here. These conversations may also help your child articulate struggles they are facing, but felt too ashamed or scared to speak about. I hope that the materials below are of help to your family.

Kiddle: Kid-Safe Web Browsing
Zoodle: Kid-Safe Web Browsing
Blue Campaign: Identify and Fight Human Trafficking
Crisis and Suicide Lines
Recognizing Sexual Abuse
Learn About Self-Harm
Keeping Kids Out Of Gangs
Coming Out as Gay or Lesbian: Common Questions from Parents - Tips are also applicable to parents of transgender, non-binary or other queer children. They might also be helpful for parents of children who unexpectedly develop non-binary physical features. This info sheet also includes a non-judgemental section for parents who feel morally or emotionally unable to support their child through this process.

Velvet Rasputin policy does not to allow commercial use of any of its characters or properties without express written permission, payment of licensing fees and/or approval from Vas Littlecrow Wojtanowicz. Commercial use includes promotional campaigns for properties outside of Velvet Rasputin’s scope, unauthorized translations, fundraiser campaigns, crowdfunding projects, products merchandising, inclusion in publications whether digital and/or printed and, other forms of monetization. If we are unable or unwilling to reply to permission requests, never assume that we will grant permission by default. We pursue all infringement aggressively.

While we are very protective of our intellectual property rights, we do grant a general limited license for Velvet Rasputin characters and publications to be used for non-commercial fan art, educational purposes, minor comic cameos, parody, criticism and personal art portfolios that are not being used to sell specific products or services. This general limited license does not imply endorsement or, transferal of copyright to any party outside of Velvet Rasputin’s properties, and may be revoked at any time for any reason.

Be sure to contact us if you do use our characters regardless of the reason, so we can keep track of usage, or so we may answer any questions.